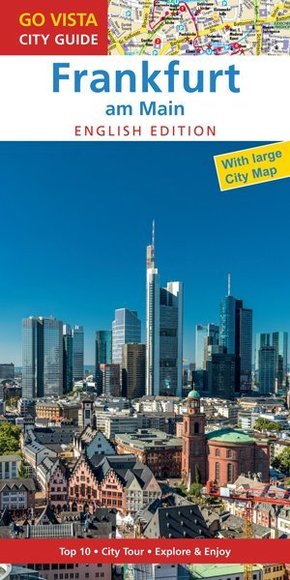 For many years it required a lot of courage to reveal oneself elsewhere as a native of Frankfurt. The metropolis was considered one of Germany's more unattractive addresses, boring and impersonal.
At that time, its quality of life showed itself only, if at all, to the city's subculture. The famous shopping mile Zeil was a bare row of department stores having the charm of containers and Frankfurt's nightlife consisted of the dreary red-light district around the central station. If the city drew any attention it was because of demonstrations and riots.All long gone. Designers have displaced demonstrators, street festivals sit-ins: The city, once infamous for being sick and smelly (it has been called Krankfurt and Gestankfurt, literally meaning ill-furt and stink-furt), has been refurbished and refurnished in postmodern design.
With the highest cultural budget of all German cities the municipality bought during the wealthy 80s and 90s everything that promised urban flair and city chic: art, culture and big names. By now, the banking metropolis is, apart from some peripheral regions and neighbourhoods, top stylish and luxuriously modernised.
The wallflower, it would seem, has become a bird of paradise and the wind beneath its wings is an invigorating Frankfurt lifestyle.
The heart of the city, the historical Römer, with its historicised reproductions of half-timbered houses has long been the natives' favourite plaza and the tourists' most popular photo motive. All the prolific cultural attractions in Frankfurt - the Museumsufer across the river, the Alte Oper with the imposing Lucae Fountain, the postmodern Kunsthalle Schirn and the Museum of Modern Art by the Viennese Star architect Hans Hollein - have richly rewarded its residents for the many years of reconstruction and modernisation.Now Frankfurt is the envy of many visitors - its striking skyline, attractive art exhibitions and impressive museum mansions on the banks of the Main. But even if the rents have soared to astronomical heights and stylish Mainhattan hardly misses a beat when it comes to superlatives, the metropolis has always kept its provincial heart in the right place, it is still more a country town than a capital city - a look in the local section of the city papers will convince anyone.
It's exactly this mixture that accounts for the new charm of today's Frankfurt: the contrast between megalomania and village idyll, the latent chaos of urban chic and lively side-by-side of many different cultures and lifestyles that is based on a long and liberal tradition of business and tolerance.